Goodnight my Christian brother.
Please say a little prayer.
Another child molested,
while we live unaware.

Goodnight my Christian brother.
Please say a little prayer.
A mother and her daughter -
now homeless, in despair.

Goodnight my Christian brother.
Please say a little prayer.
They've no place with little food
and nothing much to wear.

Goodnight my Christian brother.
Please say a little prayer.
Then a fellow takes them in -
another plight they share.

Goodnight my Christian brother.
Please say a little prayer.
Tell yourself that they're okay -
it's not so bad out there.

Goodnight my Christian brother.
Please say a little prayer.
Go about your business and
convince yourself it's rare.

Goodnight my Christian brother.
Please say a little prayer.
Faithful always, our routine
with comfort in the air.

Goodnight my Christian brother.
Please say a little prayer.
We'd rather do the talking
from our most favorite chair.

Goodnight my Christian brother.
Please say a little prayer.
Pray a few more minutes and
convince your God you care.

Goodnight my Christian brother.
Please say a little prayer.
Tell God about your troubles -
then see if He's unfair. 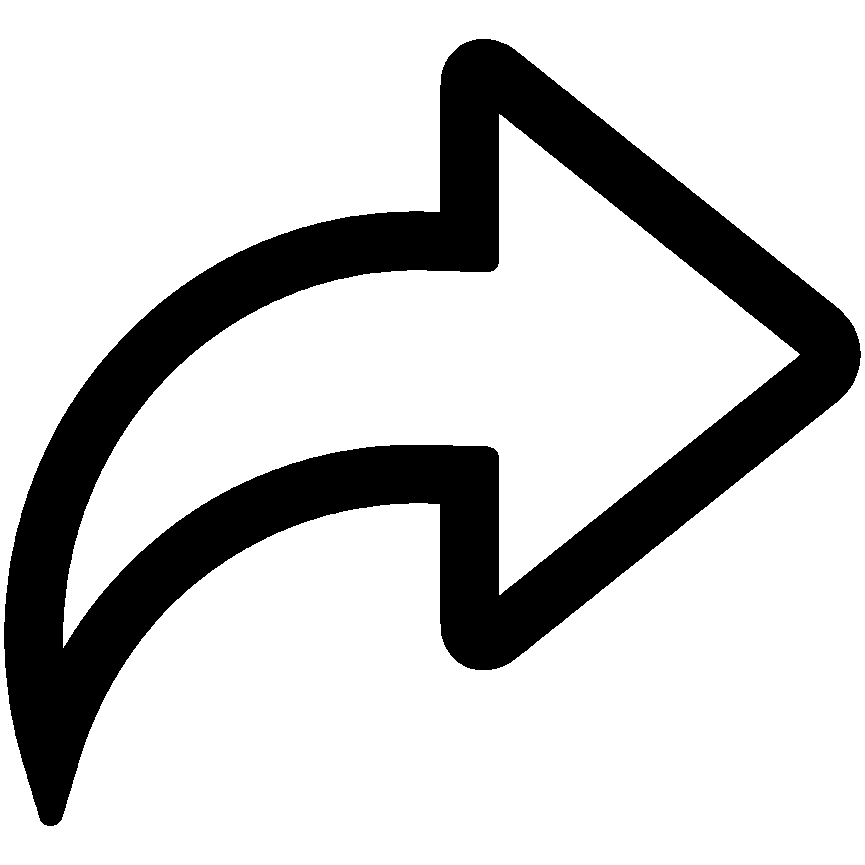 Who begins the timeline,
life's hourglass, brand new?
Excitement grasps first days of life
as grains of sand slip through.

Youthful times surround us.
We lack full wisdom's clue.
We learn to make decisions though,
as grains of sand slip through.

Middle age is stressful
with obligations due -
so we go about our business
as grains of sand slip through.

Oh, to know the answers -
and every facet knew -
so we prepare the answers then
as grains of sand slip through.

With sunset years upon us,
we find God's Word is true -
but still the days flee fast from us
as grains of sand slip through.

Who holds our real value -
and have regrets, will you -
as the hourglass stands empty and
the final grain slips through?

Ecclesiastes 9:12 (NASB) Moreover, man does not know his time: like fish caught in a treacherous net and birds trapped in a snare, so the sons of men are ensnared at an evil time when it suddenly falls on them.

When all the richest people rest in graveyards,
before their grand possessions rot and rust,
I turn my eyes and humbly look to Heaven,
for Jesus is the only one I trust.

When all the famous celeb's rest in graveyards,
and all their loyal fans find other 'stars',
I turn my eyes and humbly look to Heaven,
for Jesus is my friend who holds the scars.

When all the greatest rulers rest in graveyards,
down underneath the oxen and the plows,
I turn my eyes and humbly look to Heaven,
for I have life which only God allows.

When all the folks around me fall to pieces,
solutions sought - but they can find them not -
I shake my head in wonder with the Heavens,
for I have Him whom they have all forgot.

When all the world can wonder why I'm happy -
and simple minds can't seem to understand,
I simply trust God's promises in Heaven,
continuing to hold His loving hand.

When friends and family wonder why I journey,
to places in my thoughts they'll never know -
horizons of my faith still kiss the Heavens,
as that's the path I'm traveling below.

Job 23 (NASB)
10 "But He knows the way I take;
When He has tried me, I shall come forth as gold.
11"My foot has held fast to His path;
I have kept His way and not turned aside.
12"I have not departed from the command of His lips;
I have treasured the words of His mouth more than my necessary food.

In despair,
we'll sometimes be.
At these times can we cope?
Yet always free,
if we can see
the One who offers hope.

This Old Scrap Of Burlap

This big, bright world,
is like a drawer full of lace,
though I am but a leftover rag;
quite awkward, uneasy,
and so out of place.

Lace is chosen
by those with whom they connect.
and selecting their own special piece;
they want their lives
to be so perfect.

Then stew they will
when things go terribly wrong.
Their lace gets soiled, stained and tattered.
For this worlds special lace
doesn’t last too long.

They’re all sewn up,
still seeking what cannot mend....
But this leftover rag- this old scrap of burlap;
though nowhere near perfect,
is still your special friend.

FOR MANY YEARS they crowded me -
they grew so very tall...
but You, my Lord, had stunted me -
created me so small.

They pushed me off
and stole the sun,
and rose up to the sky...
but every year You held me down
and I had wondered why.

The winds and rain
blew very hard.
Beneath them I was crushed...
and You, my Lord, had gone away.
My blaring screams were hushed.

For many years this happened -
and they'd ignore my plea...
and You, my Lord, seemed not to care,
when they would laugh at me.---

So many years have passed since then -
a hundred years or so...
yet You, my Lord, answered my prayers,
and patience let me grow.

A million weeds had laughed at me -
yet long ago they passed...
and You, dear Lord, protected me,
just as my prayers had asked.

For many years Your little tree -
was pushed around by weed...
but oh, dear Lord, You strengthened me
and met my every need.

And now today, I tower high.
I'm seen for many miles -
but oh, dear Lord, You've taught me well.
You've humbled all my smiles.

Psalm 37:7 (NASB) Rest in the LORD and wait patiently for Him; Do not fret because of him who prospers in his way, Because of the man who carries out wicked schemes.

A tiny little kitten
whose feet were very sore,
wandered through the drifting snow
and right up to my door.
The weak meowing stirred me,
and drew me when she cried.
I crossed my room with aging feet,
inviting her inside.

She shivered and was hungry,
was frightened, very weak.
Confused, she wasn't trusting,
her future somewhat bleak.
Now even though I loved her,
I saw a troubled sign.
I thought about it for a bit -
compared her life to mine...

As she warmed up to me a bit,
I let her eat and rest -
but ran, she did, if I came close -
afraid of me, I guessed.
Now I was like that kitten,
and it became quite clear -
that I was frightened, ran away,
when Jesus got too near.

Then as the days kept rolling by,
she finally did prefer -
to be around and close to me.
She knew that I loved her.
Before I learned that God so loved,
my life was very grim.
And though He loved me very much,
I had no faith in Him.

Knowing that I love her so
and take good care of her -
knowing that I listen when
I hear her prayerful purr -
defines a word called "faithfulness",
defines a true belief -
not wandering out aimlessly
in blowing snow and grief.

So now you'll find her in my lap,
a tiny ball of fuzz -
but she had taught me faithfulness.
I know it's true because -
I once roamed like this kitten,
where snow and drifting harms,
but now I lie in pastures green -
with Jesus, in His arms.

Spectacular wonder, the view way out yonder,
from high on this mountain slope.
God's vast great creation brings glad adoration
to Jesus who offers us hope.

From just one small seed, a potential indeed,
once crushed, by mistake, underfoot.
I whispered a prayer and stepped over where
another small sapling took root.

And on that rock shelf I thought to myself,
"Oh, how can that seedling be grown,
up here where it toils in hard rocky soils,
in midst of more turmoils not known?"

Then over the years through blizzards and fears
rose doubts that had made me take pause,
"It sure hadn't thrived but had it survived?
Had it overcome nature's laws?"

Now several years later I found something greater
when I returned back to that tree.
I had to admire, it soared so much higher,
and grew so much taller than me.

It once had been crushed, but now I am hushed,
and humbled at what God had done.
One tiny example of something we trample
brings life from the tomb of His Son!

A long time ago under hail and snow,
despite its long discord and strife,
its tap root enlocked way down deep in a rock
that faithfully brought it to life!

Oh, why can't I be like that evergreen tree,
that grew up so high in the sky?
The greenest of green that I've ever seen,
oh tell me Lord, why cannot I?

Spectacular wonder, the view way out yonder,
from high on this mountain slope.
God's vast great creation brings glad adoration
to Jesus who offers me hope.

Show The Lord (an Easter Poem)

Now everyone was nervous here and not a thing made sense.
The Judge had entered quietly. The room was very tense.
"Let's only hear the gospel truth and accusations quench!
This court is now in session!" said 'His Honor' from the bench.

The 'Whip' was not at all deterred and spoke up suddenly,
"Alive, He was, when I was done - untied and then set free!
But I had noticed something else when He had left my place.
I saw Him with the rugged 'Cross'. Now that's your real case!"

The 'Cross' responded bluntly and without an ounce of tact,
"It wasn't me, Your Honor sir, and that is just a fact!
I didn't do a single thing and really, I did care.
I merely was the backdrop for the 'Nails' had held Him there!"

The 'Nails', three, were hence accused but chimed in unison,
"It wasn't us who had Him killed (God's one and only Son).
When all the three of us looked up, the truth had come to light -
that wicked "Crown' had pierced His scalp and made a gruesome sight!"

Then hushed, the crowd, who set their eyes on such a cruel 'Crown' -
but it had sought the mercy of the Judge with sorry frown.
And then it weaved so carefully a short and subtle lie,
"It wasn't I who killed Him sir, the 'Whip' caused Him to die!"

And so it was that blame was passed around, around again -
so tell me, "What had killed Him then - just plain and simple sin?"
Yes, then that Judge, with piercing eye, had raised his brow at me,
and said, "You are the guilty one! I sentence you to be..."

But then that very instant, a gentle voice was heard.
His voice had calmed the courthouse down - and every heart was stirred.
"Release those who've repented and were faithful through and through.
For I have paid the highest price and saved their souls too."

The Judge slammed down His gavel hard - and said, "I will it so!"
And that is where this story ends. Are you prepared to go?
Don't be the Whip, Cross, Nails or Thorns- who passed their guilt along -
who tried to blame somebody else and claimed they did no wrong.

The heart you have you made yourself. You're humble or you're proud -
so if acceptance you must have, you're lost just like the crowd.
How long has pride now stole your soul? Days, weeks or months, or years?
Don't pass the blame to someone else, but show the Lord some tears...

I'm just a toad who had thought he'd been kiss-ed,
but then had found out that no princess exist-ed.
But how was I (a wee toad) to know -
that I hadn't changed as of yet and so -
don't ever think that your prince, by you, rode -
for deep down inside this bright armor's a toad...

You have to be logged in to use this feature. please register